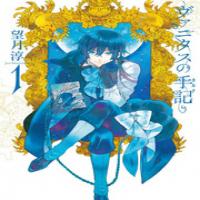 Paris, late 19th century. Vanitas is a human who works as a doctor for vampires and wishes to save them. He uses a magical book called The Vanitas Grimoire to dispel an evil curse that corrupts vampires and turns them into blood-sucking monsters.

But…this very same book is rumoured to be the cursed tome that gives birth to vampires on nights when the blue moon is full. Noe is a vampire on the hunt for The Grimoire.

Who, really, is Dr Vanitas? What are the secrets that he holds, and what fate do those secrets spell for the vampire species?