The King of Fighters: A New Beginning 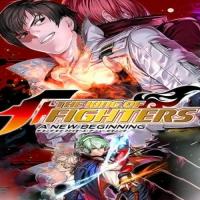 Years after the last fighting tournament known as “The King of Fighters”,

Antonov leads his own competition.

This attracts returning fighters and most notably newcomers.

The elder martial artist Tung Fu Rue wants to use this fight to test his student Shun’ei and Meitenkun’s powers.

The fights appear to be overseen only by Antonov,

but the apparently destroyed organization NESTS is also scouting these battles for unknown purposes.

The King Of Fighters: a New Beginning is the retelling of the KOF14 game settings, with many characters from the game set to make appearances.