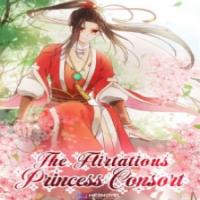 Webcomics:
She is a lady medic who is forced to disguise as a man,

and he is an icy and scheming prince.

As a god of war who is ever-victorious,

he was out of luck each time he met her, she hit him,

drugged him and even molested him several times,

which was completely intolerable to a man!

Intending to pay her back and punish her,

after becoming acquainted with her,

however, his heart actually beat for this “man”?”

Webnovel:
Feng Qing could not wrap his head around how

boss despite being the most handsome guy on the street!

A certain imperial prince, “Heh heh, you fell into my arms and even thought about escaping after teasing me? You little rogue, you’re too gutsy! Let me punish you by making you my princess consort to be disciplined by me!”

MoboReader:
Ken always disguised herself as a man. She was totally confused about why she got entangled with that man, Prince Milton.

“Do you think I will let you go after what you have done to me? Listen, you are my princess now and you must obey me!”

Mangatoon:
She—the reckless “son” of the general—enjoys her carefree life as a playboy, until she meets…
Him—the “always-bloody-grumpy Warrior Prince”—who has been invalided in military.

Slipping while walking on the wall, she falls right into his wheel chair, on his kneels, hands on his *beep*!

I Stan the Prince

Conquest Of The Demon King

The Consort And Her Celestial Vine