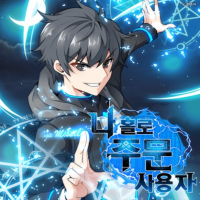 N/A, it has 5 monthly views

The world is under threat from interdimensional monsters,

and only the chosen “Awakened” —

humans possessed of special powers — can defeat them!

Sure, it sounds exciting, but it’s a far cry from reality

who’s more worried about landing a big business deal that could save his job.

That is, until one day when Dohyeok’s path crosses a monster outbreak,

causing him to manifest his true powers as a rare and powerful form of Awakened.

With his newfound abilities attracting eager allies and powerful enemies, will Dohyeok find that he has what it takes to survive?

My Butler, Not Lover

i can see the success rate