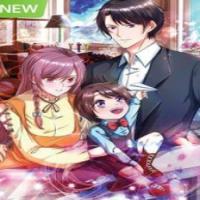 Four years ago, she left in despain heart-broken. Four years later, she came back, with a kid by her side.
Before she could settle down, the first thing (or man) she has to deal with is this unreasonable CEO, who cannot be greener when it comes to hitting on a girl… The moment he sees her, his whole linguistic system is reduced to four words 一”I. WANT. YOUR. SON!” Who the heck will use this type of pickup line? (from MangaToon)

A divorce paper was thrown in her face and she forced to leave the house. Four years later, she returned with Meng Bao, her son. A few days later, the son brought back a super handsome guy who looked exactly like him. Gong Ye Xiao coldly threw a paternity (DNA test) to her, “Woman, when did you steal my sperm?” Cheng Li You’s anger, “Which bastard slept me four years ago and was irresponsible?” (from Manga SY)

Forest Of The Fireflies

Do Not Mess With The Stupid Concubine