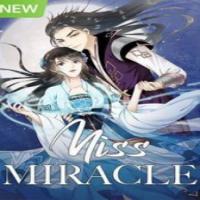 N/A, it has 7 monthly views

Scaredy-cat? Wastrel? I’ll blind your eyes! I, Ling Hu Qing Xue, am a top-class bounty hunter. In an incident, I traversed into Ancient China and became a wastrel? Impossible! I hit the white lotus flower bitches into real flowers, got rid of the evil servants, and tortured the scums! By attracting more hotties, I have driven a devil mad: “Girl, you accepted my dowry, don’t even think about flirting with other men behind my back!”

Miss Loser” transmigrated to a different realm and started her revenge with the young master of the demon clan.
A story about a domineering female lead. Who will be the winner in this nip-and-tuck tug of war in love.
A destined loser? A push-over? An ugly girl? She was an ace bounty hunter in my previous life, but she transmigrated into a weak girl’s body. Hell no! She fights villains, punishes scumbags and kicks the butt of her enemies. Boys are crazily attentive to her. The male is so angry that he even gives her a last warning: Hey, you’ve accepted the bride price from me. Try flirting with other boys if you dare!

My Disciples Are Super Gods

Virtues Of The Villainess