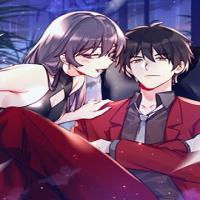 was called the trash son-in-law because of his relatives.

In order to prevent his wife Su Yingxia from being humiliated by others,

and began preparing for payback.