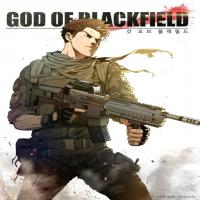 The legend of the French Foreign Legion, ‘Kang Chan’!
During the African war, he was called ‘God of Blackfield’,

the black land’s God, by his enemies

who were terrified but in awe of him.
However, during a mission to kill Masallan, the brain behind SISS,

the group of sunni supporters, Kang Chan was killed in action

by an unknown bullet shot from behind him.
As his vision got blurry, he saw his thirteen team members,

who had absolute faith in him,

getting killed one after another.
As Kang Chan was awaiting death after being shot by a traitor,

he was saved by a mysterious power and

woke up 3 years later in South Korea.
However, he was in the body of another ‘Kang Chan’,

a 19-year-old high school boy who was being bullied at school.

Kang Chan’s journey to get revenge on the traitor and to find out the truth behind his rebirth begins now!

The Duchess with an Empty Soul

Return of the Mount Hua Sect