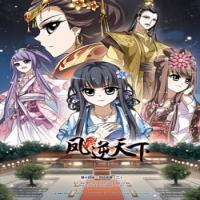 When she opens her eyes, Huang Beiyue,

a talented killer known as the “ultimate assassin,”

finds that she travels through time into another world and possesses a girl’s body,

who is the trueborn daughter of princess royal yet humiliated by everyone.

With such an identity, Huang Beiyue rises from obscurity.

Meanwhile, a mysterious guy becomes more and more interested in her…

——————-
Huang Bei Yue is an assassin that gets
transported to another world thanks to a mysterious jade, boundless beast!
Now she resides in the body of a 12 year old, who happens to be the king’s sister’s daughter, who is constantly bullied! “Now how shall i take my revenge?”

The Princess in the Dumpster

A Villain Is A Good Match For A Tyrant

Charming and the Beast

Originally A Lady With One Line

The Return of Elena the Knight