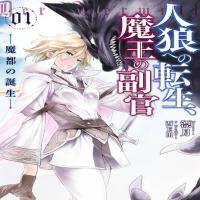 N/A, it has 8 monthly views

Protagonist Vaito, who was reincarnated as a werewolf magician,

becomes the Vice Commander of the Third Division of the Demon Lord’s Army.

Having captured a frontier trade city,

he is in charge of controlling and protecting it.

Formerly a human, now a monster,

Thanks to that he is being considered as

a great commander with both wisdom and courage by others,

but in reality it is just one hardship after another:

Making the violence loving demons obey, doing something about

the always complaining humans, today also he is working hard as

the main leader of the demon army.

Where Are You Looking, Manager?

I Belong to House Castielo