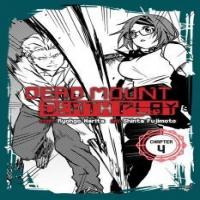 A Necromancer called The Corpse God is fighting against the Church,

that is trying to subjugate him.

Using his last ounce of power against the Calamity Crusher,

he gets defeated, but his reincarnation magic activates.

Suddenly, he got transported in a world of modern society and in

a body of kid Polka Shinoyama.

What is gonna happen to him in this world? What will he do?

Special Preference or Deeply Into the Play