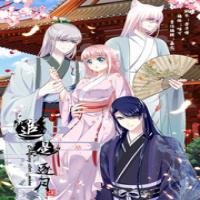 N/A, it has 3 monthly views

After her parents divorced, Cong Cong has been living alone,

one day she goes to meet her idol, falls down a flight of stairs and travels through time.

Star-chaser Ji Congcong slipped and fell down the stairs after a concert,

except she fell into the past and became a low ranked beauty in the imperial harem.

This harem is built on shaky foundations,

fueled by jealousy and filled with lustful seductions.

The princes and lords seeking to take each other down,

but the general and the marquis look just like her idols! Some seek love,

some seek power, some are seeking revenge…

Watch how a modern beau navigates a world of savages, and which one will she take out of the palace for her own.