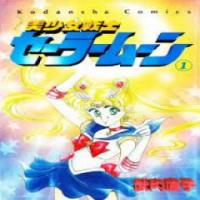 N/A, it has 0 monthly views

Usagi Tsukino is a normal girl until she meets up with Luna a talking cat who tells her that she is Sailor Moon. As Sailor Moon Usagi must fight evils and enforce justice in the name of the Moon and the mysterious Moon Princess. She meets other girls destined to be Sailor Senshi (Sailor Scouts) and together they fight the forces of evil.

Note: Naoko Takeuchi released a re-illustrated version starting in 2003 after she had dropped Love Witch. This new edition had new cover art and title logo as well as slight corrections to dialogue and the artwork.
Won the Kodansha Manga Award for shōjo in 1993.

Return to the Earth to be a God

My Boyfriend is a Vampire